With our Abundant and Better Life Abroad (AbBA) values formation programme for migrants currently open for registration, we speak to Sr Mel Benedictos, who handles formation for migrants for ACMI. 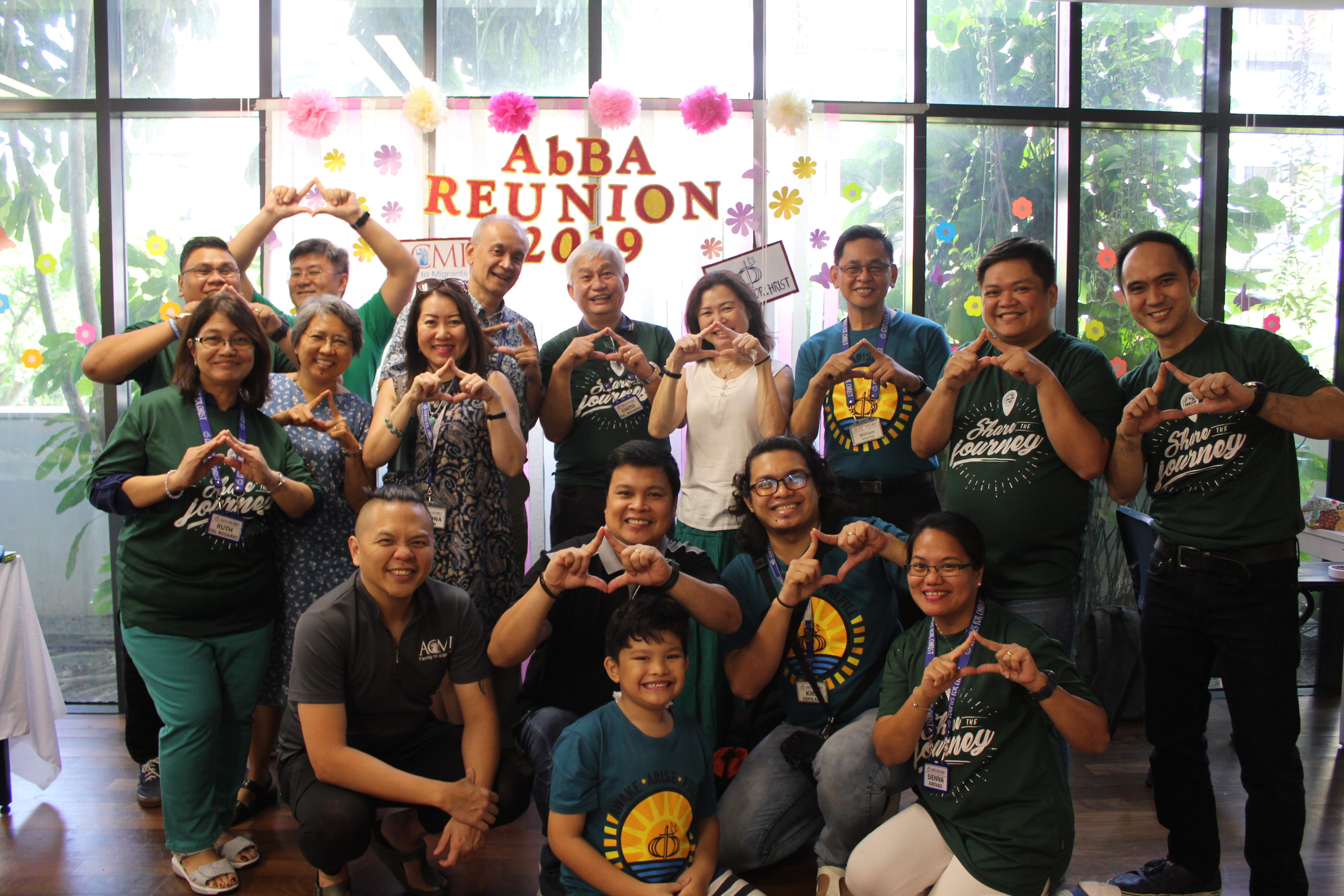 AbBA’s Reunion Party in 2019.
Sr Mel Benedictos is in charge of Formation for migrants at ACMI (pictured here in 2nd row, 2nd from left)

Sr Mel Benedictos is supporting many foreign domestic workers (FDWs) in her ministry at ACMI by providing pastoral care and spiritual guidance.  In her encounters with them,  she felt that a values programme would benefit them.

Serendipitously, a friend from Couples for Christ – Singapore (CFC) shared with her CFC’s new thrust to serve the migrants. In collaboration with CFC-ANCOP, a values formation programme was created. The programme helps the participants to come to insights through experiential learning, while being guided by a supportive community. As Couples for Christ is comprised mostly of migrants, it was wonderful that one migrant community could support fellow migrants. 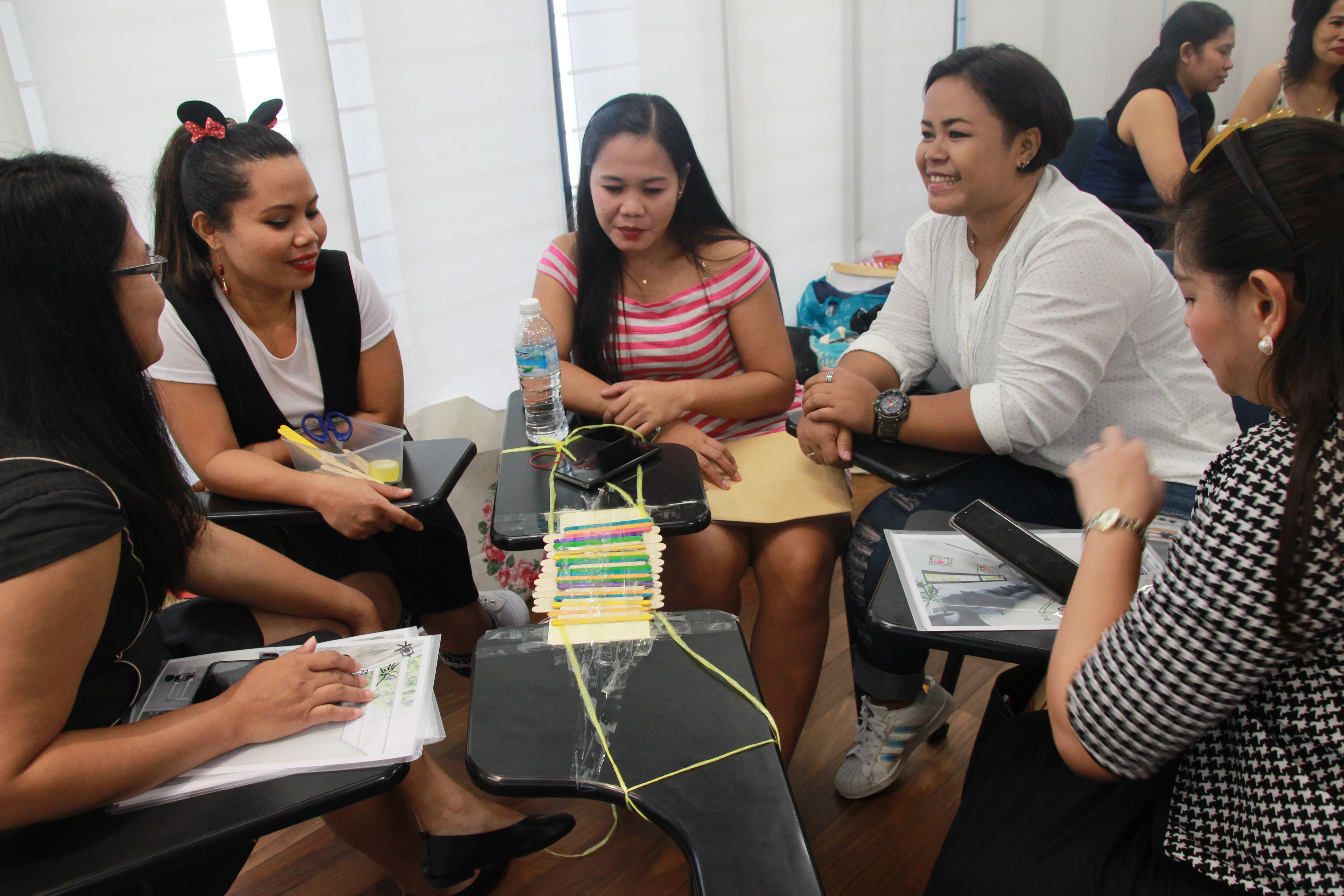 Participants in a team-building activity during AbBA 2019.

Titled Abundant and Better Life Abroad (AbBA for short), the four-week program focuses on 4 key aspects: valuing self, valuing others, valuing work, and valuing community. The first run of AbBA was in 2018, and was very well received by the migrants, who came from numerous countries including Indonesia, Myanmar, India, Vietnam, and the Philippines.

“Their insights were so deep, and I was very touched by their sharings.”

Many of the participants felt very comfortable with the group and the facilitators, and continued to keep in contact with each other. Some of them even volunteered their precious off days to support the 2nd run of AbBA, which was conducted in 2019. Reunion sessions were also conducted to check-in with participants, and remind them that they are not alone in their struggles. Some participants were also invited to the Christian Life Programme (CLP), which is a faith formation programme conducted by CFC.

Even though the CFC personnel were mainly professionals with corporate backgrounds, there was no disparity between the facilitators and the participants. “They were all engaging and sharing as if they were good friends”, as Sr Mel recounted from the sessions.

“One moment that touched my heart was during the first session back in 2019, when a Filipino migrant took a photo of a Jollibee meal that was served at lunch, and sent it to her family, saying it had been so many years since she had Jollibee, and wanted to share this joy with her family.” Sr Mel also shared that many of the CFC team members also willingly paid for additional materials and food from their own pockets, as they wanted to provide a wonderful and meaningful experience for the migrants.

“What touches me is the generosity of everyone – some of the migrants bring their own food for our potluck sessions and it wasn’t just simple fare, it was so generous and thoughtful.” 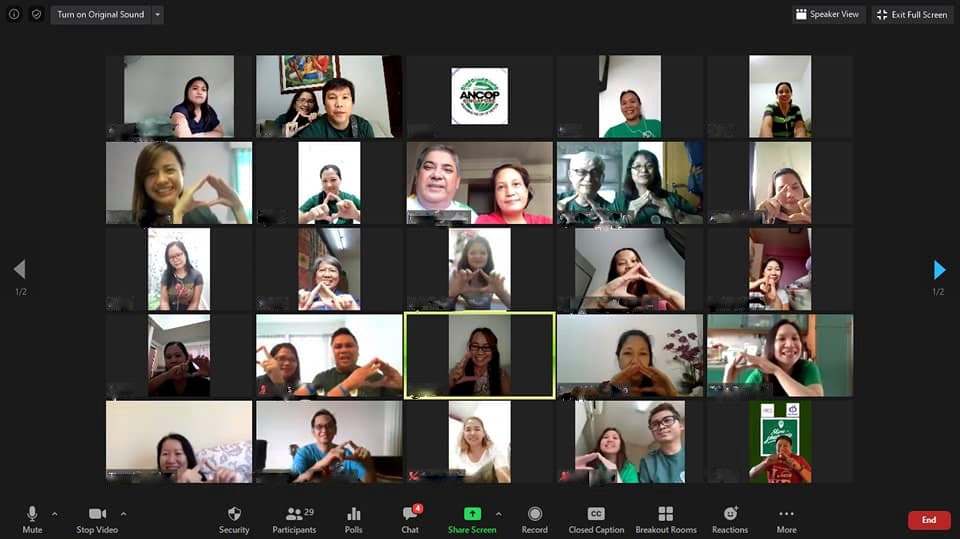 During June 2020, the facilitators and participants of AbBA 2019 gathered for a reunion on Zoom.

At one point, Sr Mel realized how the migrants received so much through these friendships and sessions, and how feeling that they were cared for and appreciated, was already so significant for them.

Even during the pandemic, the participants and facilitators found a way to have their reunion session online on Zoom. “In a way, what ACMI did was to open the doors for both CFC and our beneficiaries, to provide a way of encountering each other to experience the love of God.”

“I love how God allows love to blossom amongst all of us.”